Operational Performance
BNSF continues to move robust freight volumes while managing a high number of trains operating on the system. After recording the highest weekly volume of the year to date with more than 215,000 units in the Week 31 reporting period (ending August 4), total volume moved by the railroad was lower but still exceeded the 200,000-unit level for the 25th week this year. Overall car and train velocity were each relatively steady with levels reported during recent weeks, however, both remain several percentage points below previous August averages. While still at an elevated level, the number of trains held decreased by more than 12 percent versus the prior week.

As we have reported, we are nearing completion of the fourth main track expansion project on the Southern Transcon in Amarillo. Three major work windows remain: 14-hour windows on August 21 and August 28, and a final 32-hour window scheduled on Tuesday, September 4, aligned with the Labor Day holiday. Since construction began in February, BNSF operating teams have worked aggressively to normalize traffic flows through Amarillo as quickly as possible following the Tuesday work windows. We expect to deliver significant performance improvement though this key location on the Transcon when this additional track is placed into service next month.

Southern Transcon - Belen, NM Triple-Track Project Update
In addition to Amarillo, three other major track expansion projects in California, Arizona, and New Mexico are focused on increasing efficiencies through locations where fueling and/or crew changes take place on the Southern Transcon. In central New Mexico, nearly 10 miles of new triple track is being added between Belen and Dalies on our Gallup Subdivision. 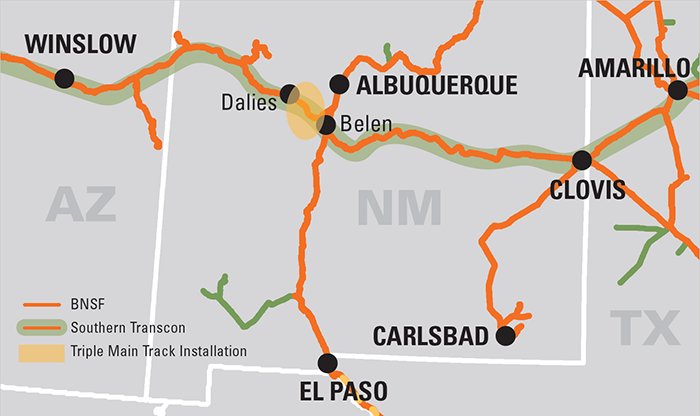 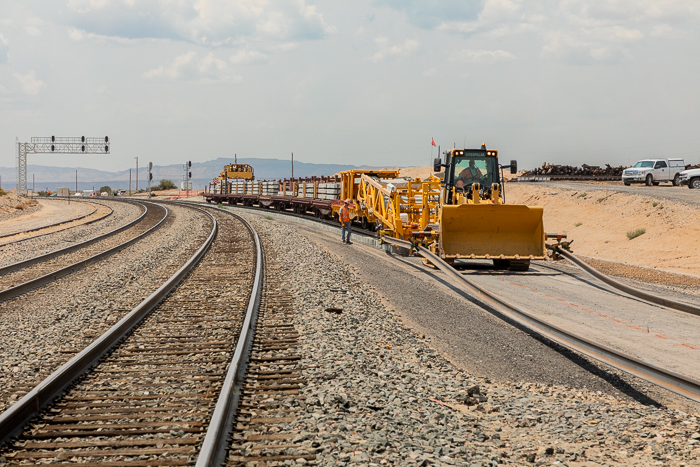 Track construction work is progressing on schedule. The project, which was originally targeted for completion in 2019, is expected to finish by the end of the October. When the additional track is placed into service, BNSF will be able to offer a pass-through route for trains traveling at higher rates of speed and alleviate congestion through this location.

Get the Latest Agricultural News in Sam Sexhus' Podcast
In this week's audio podcast, BNSF Group Vice President of Agricultural Products, Sam Sexhus, provides a network update, including the latest information on shuttle turns-per-month (TPM) and velocity in miles-per-day (MPD).

Service Expectations for the Week Ahead
Favorable operating conditions are expected across much of the network. BNSF crews continue to monitor the elevated risk for additional wildfires in portions of the interior Pacific Northwest during the next several days.

Maintenance projects scheduled next week at our Tulsa and Kansas City - Argentine rail yards may cause some train delays during work windows on Tuesday and Wednesday (Argentine) and on Thursday (Tulsa). Major track maintenance and expansion work will continue along portions of our Northern Transcon route in Washington, northern Idaho and Montana. Some trains may experience delays due to daily work windows in multiple locations.

Below is a look at the key operational performance categories for the week ending August 16:

Total trains held for the week decreased by more than 12 percent with an average of 118.7 trains held versus 135.0 trains held during the prior week.


Car velocity, measured in miles per day (MPD), was up by less than one percent at 200.5 MPD versus 199.4 MPD recorded the prior week.


Train velocity, measured in miles per hour (MPH), was up by nearly two percent versus the prior week at 17.0 MPH.

Terminal dwell decreased by nearly two percent versus the prior week at 25.7 hours.